The German edition of “The Shattered Dark (A Shadow Reader Novel)” called “Die Schattenleserin – Silberne Glut” by Sandy Williams is out now. You can find more details here:

McKenzie was a normal college student, save for one little twist: she’s a shadow reader, someone who can both see the fae and track their movements between our world and the Realm. It’s a gift for which she has been called insane, one for which she has risked family and friends—and one that has now plunged her into a brutal civil war between the fae.

With the reign of the king and his vicious general at an end, McKenzie hoped to live a more normal life while exploring her new relationship with Aren, the rebel fae who has captured her heart. But when her best friend, Paige, disappears McKenzie knows her wish is, for now, just a dream. McKenzie is the only one who can rescue her friend, but if she’s not careful, her decisions could cost the lives of everyone she’s tried so hard to save 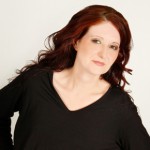